On November 22nd, 2014, the Swindon Hackspace held its first ever 3D Printing day at the Museum of Computing, Theatre Square, Swindon.

We had several laptops available with an introduction to OpenSCAD, and three 3D printers for printing the students creations with. 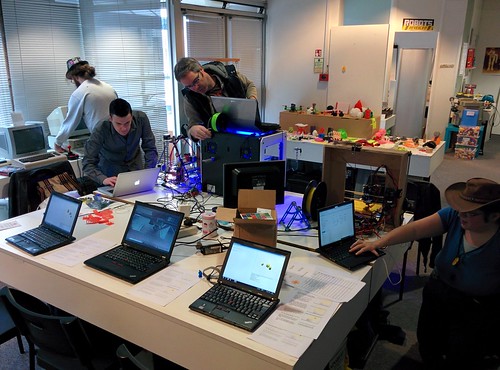 All setup but a bit lonely

We started at 9am when the museum opened and were a bit bored for the first couple of hours. We printed some more samples while we waited. 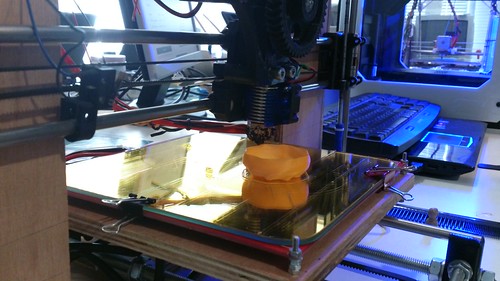 In the late morning we finally had our first student. 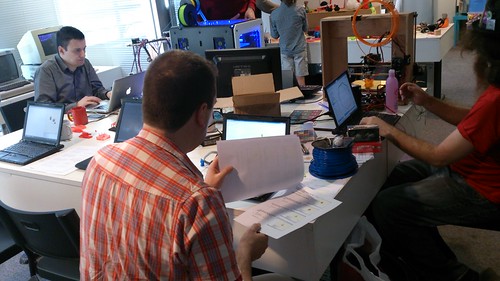 First student has a go

We were busy the rest of the day. 20 different students had a go at designing models, some just getting through the tutorial, some stepping off the beaten path and inventing their down models. 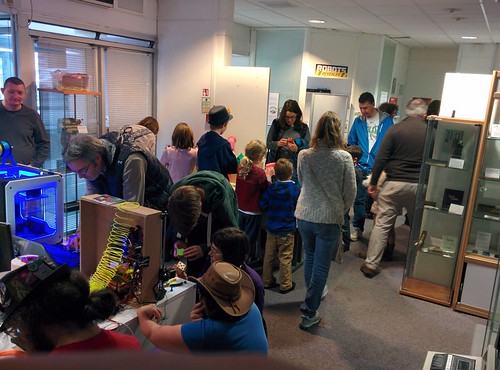 For those that just wanted to chat and look, we had a whole table full of various pre-printed items to look at. 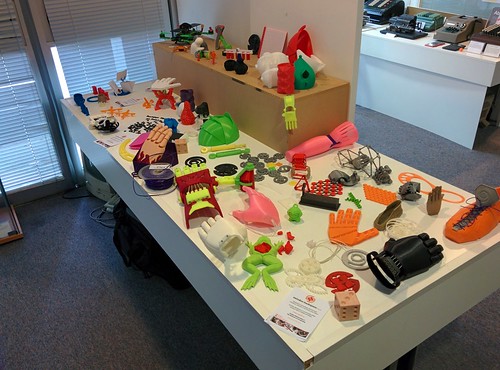 It was a pretty exhausting day in the end, we made a bit of profit that the Hackspace will put to good use, probably by buying some more 3D filament which members can use on the printer owned by the Hackspace itself. 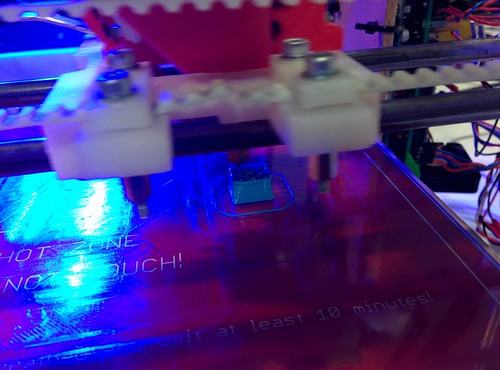 The Hackspace printer working on a Marvin model

Please let us know if you'd like another 3D Print day, we do intend to run more of them! Keep an eye out on the 3D Print Day and social media: Twitter, or Facebook for updates on more print days. 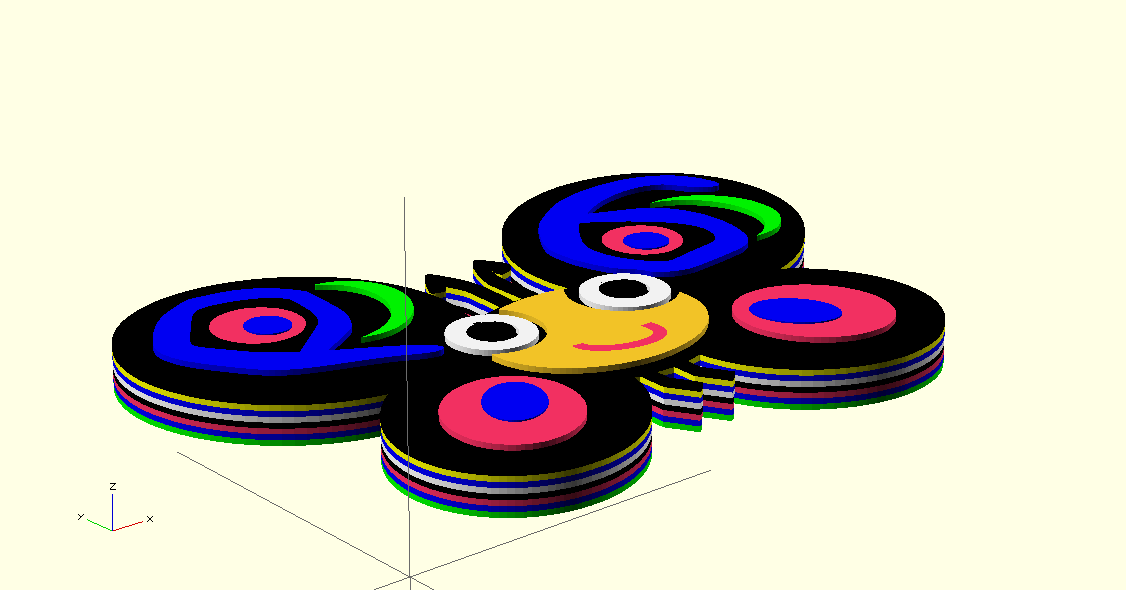 This year I went to the London Perl Workshop with a pile of 3D printed "LPW 2014 tokens" (key rings? One thing I need to do is find a name for

3 months since my last blog entry, argh! Anyway.. Recently, as it was Get Walking week (or is it month?) I went on a couple of group walks organised by the local Ramblers