Short backstory: Earlier in the year we had our boiler replaced with a shiny new one. We used to have a conventional boiler, now we have a condensing one, and no hot water tank. At the last minute in the procedure, it was noticed that our existing shower was of the wrong sort to work with the new boiler, so it was taken out and a new one put in..

We didn't really think too hard about the shower replacement, it was just done. One of these days I will learn to evaluate things a bit more (seems unlikely!).

After a while of using the new shower, I realised its controls are quite annoying -- when wet and soapy its hard to turn the water on and off. 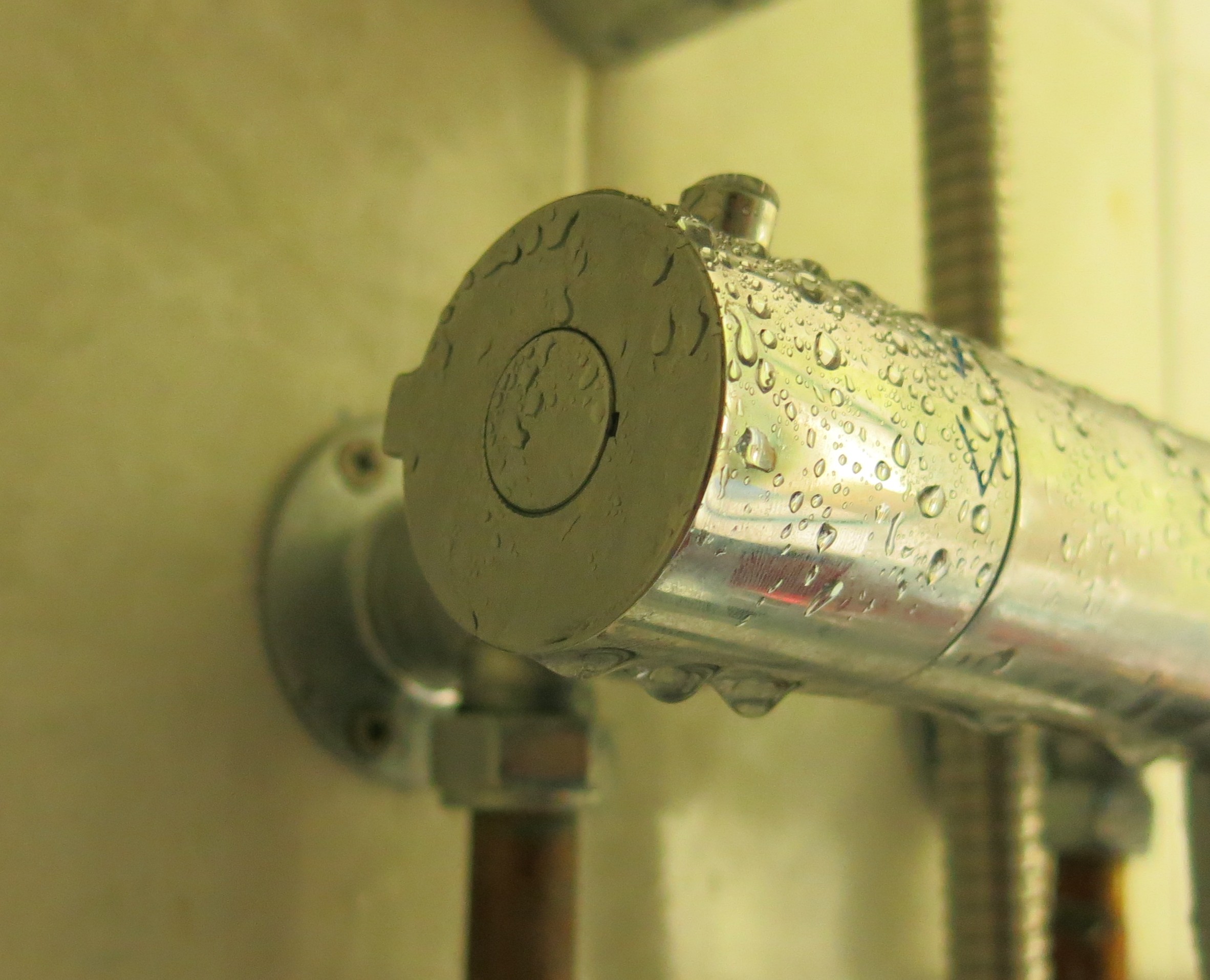 The tiny lever (on the left in the photo) is hard to push/turn.

Fixing it using 3D printing was straight forward, I measured the diameter of the main control bar (20mm), then the width and height of the tiny lever. I used OpenSCAD to model the circle with lever cut out and printed several rings to check for fit (sometimes 3D printed holes aren't terribly precise). Once I'd figured out the correct size to use, I added a large flag, and printed the final piece. 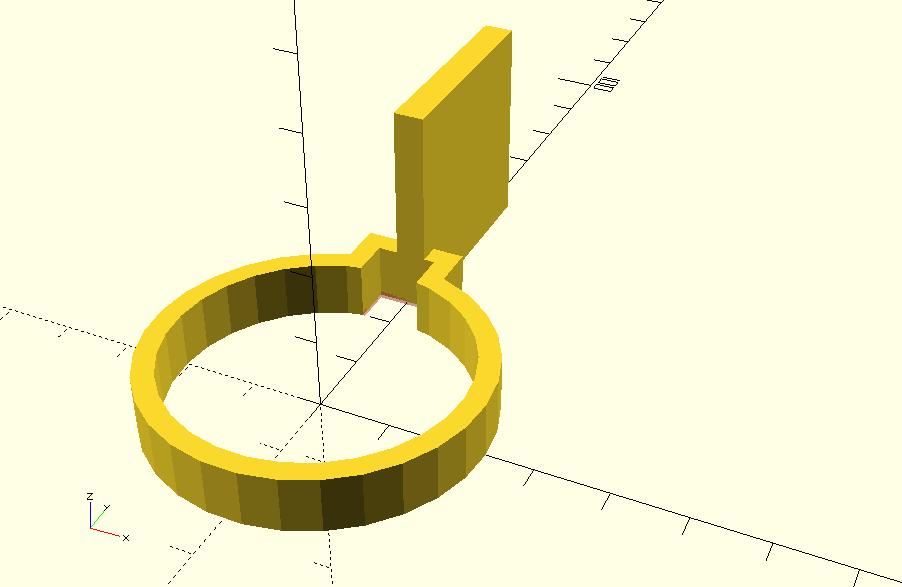 Just a circle with a square bit stuck on, really.. It prints this way up, so no support needed.

Fixed - much easier to grip/turn when wet.