A company logo is there for identification, you can print it on letter heads, business cards, your website. It can also be used on giveaways, pens, brochures. For a bit more fun, why not create some useful objects to give away, that won't just get thrown in the bin?

This post is the first in a series of fun with logos, in which I create useful re-useable objects out of my logo. Get in touch if you'd like me to have a go with yours too.

My logo is derived from a 3D model, viewed from the "front". For this exercise I started with the 2D view.

Using Inkscape's "Trace Paths" I can create a vector version of this view (lines instead of colour blocks), which can be imported into OpenSCAD using the useful Inkscape extension "Paths to OpenSCAD". This gives me the individual shapes that make up the 2D logo. I then have to decipher which shapes represent which parts of the logo and decide which ones to create as raised (or indented) decorations for the cutter.

I printed the cutter in two parts, an outer cutting piece, and a separate insertable base with the indented letters. 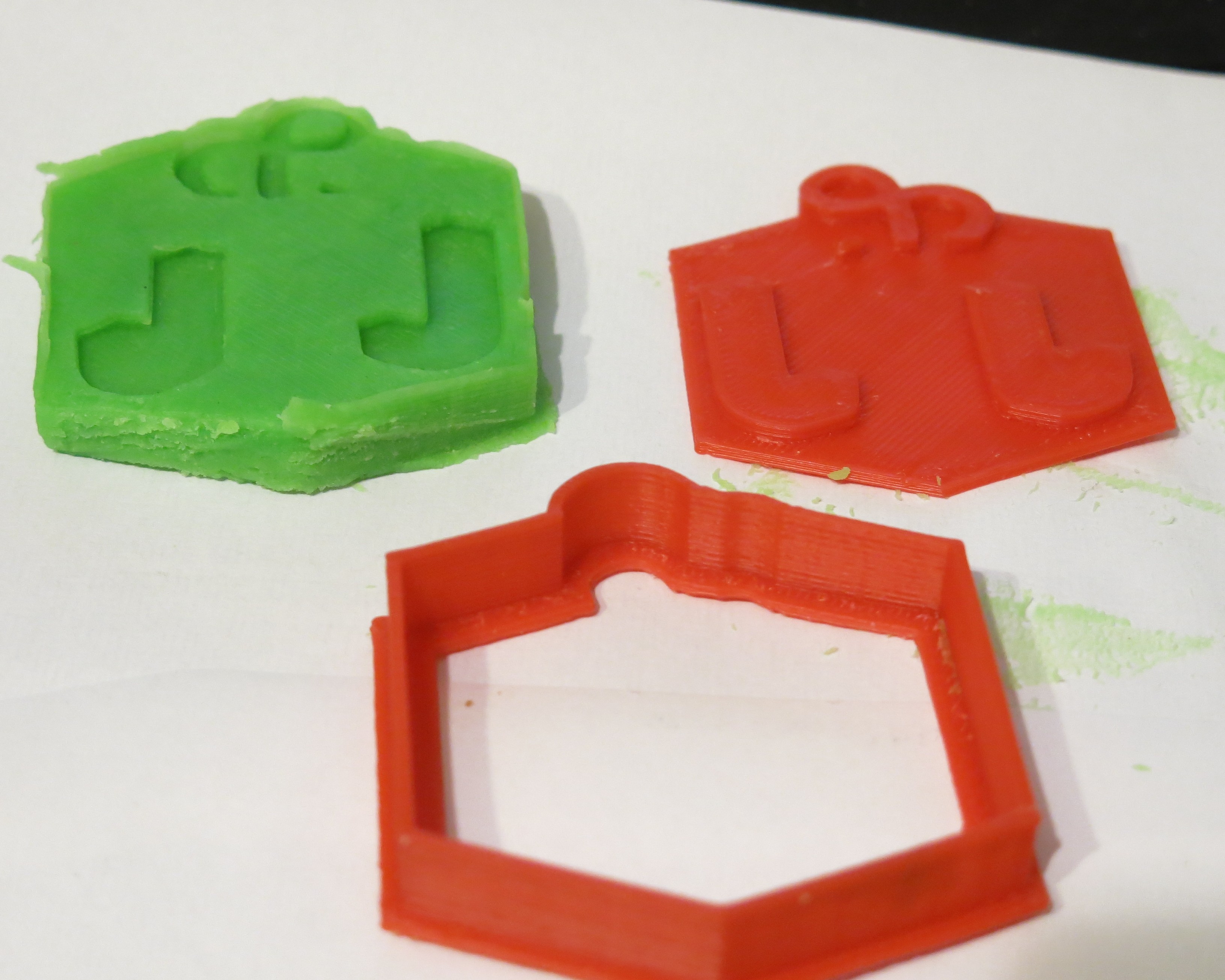 The result is of course, 3D printed, and tested using play dough.

Last year I had my first go at cookie cutters using my sister's designs at Robin & Mould, recently she made some cookies using them, here is one modelled by my niece: 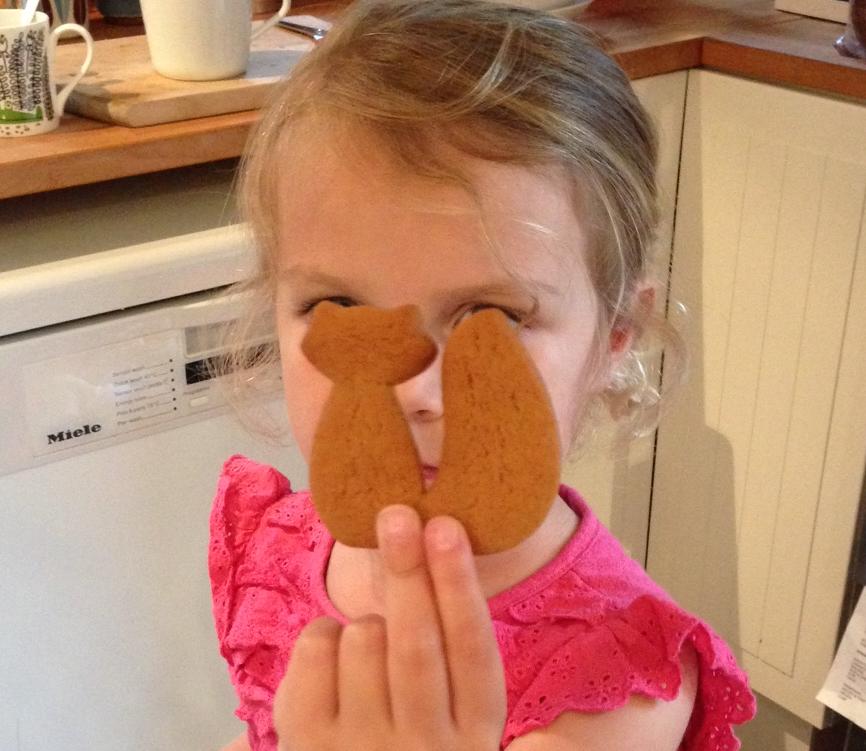